Ethel Bradley thinks someone is trying to kill her, but doesn’t know who or why. She enlists the help of her childhood friend, Lady Elsmere, but Lady Elsmere has troubles of her own in the form of a ne’er-do-well English nephew who’s trying to steal her estate. Both women turn to Josiah Reynolds, who has just returned from New York.

Josiah calls Detective Goetz who recommends a shamus named Walter Neff. Walter and Josiah scour the Bluegrass for answers that turn out to be deadly. To make matters worse for Josiah, Fred O’nan (the rogue cop who tried to kill Josiah in Death By A HoneyBee) is a free man and still gunning for her.

Josiah, full of sass and vinegar, meets these challenges head on with the support of her friends, Franklin and Matt. Will Josiah be thwarted this time?

Kentucky can be a cruel mistress to those wanting justice and exacts a high price for it. Sometimes the “dark and bloody ground” demands double indemnity. This is something Josiah knows very well. Very well indeed.

Josiah Reynolds is tracking down the disappearance of an old friend’s son. But while she is chasing a missing person, O’nan is hot on Josiah’s trail chasing her. And he is threatening, conniving, and blackmailing others to help destroy the woman he thinks ruined his life. Will he finally succeed?

Or will Josiah outwit him as she has always done? 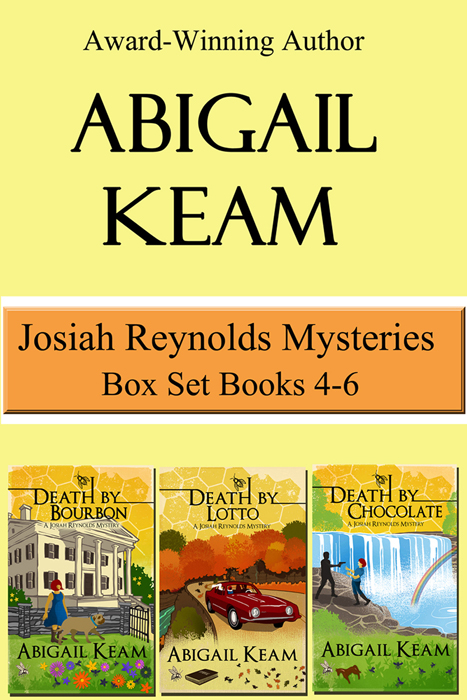