Josiah Reynolds opened her front door to find her neighbor, Sandy Sloan, clutching her little dog, Georgie. “Hi Josiah. Sorry to bother you. Can you keep my dog for a couple of days while I check on my mother? She’s ill and needs help.” Josiah reluctantly said yes, not because she didn’t want to take care of the animal. She had plenty of room for a little dog like Georgie. She was reluctant because she knew Sandy’s mother couldn’t possibly be ill. Her mother was, in fact, dead. Josiah knew this because she had attended the woman’s funeral.

Why would Sandy tell such a lie? And a stupid lie at that. Was Sandy trying to signal she was in distress and needed help? Josiah had no way of knowing that in four hours, Sandy would disappear from the face of the earth, and no one–not, even Josiah, would be able to find her.

Josiah, Baby, her mastiff, and Lady Elsmere rush to the rescue of their neighbor, Rosie, who is being harassed by Gage Cagle, a mean, old stump of a man.

Lady Elsmere confronts Gage and has him thrown in jail for trying to extort money from Rosie. Glad to be rid of this loathsome man, Lady Elsmere, Josiah, and Rosie attend the Bluegrass Antique Auction and Ball. To their surprise, Gage shows up and boldly threatens Josiah, Rosie, and even Baby.

Dismissing Gage as nothing more than a loudmouth fussbucket, Josiah enjoys the ball until she stumbles upon Rosie covered in blood and standing over Gage’s near lifeless body. “I didn’t do this,” Rosie swears before fleeing, leaving Josiah trying to save the life of a man they both detest. While Josiah attempts to staunch Gage’s bleeding, she can’t help but wonder, if Rosie didn’t assault Gage, then who? 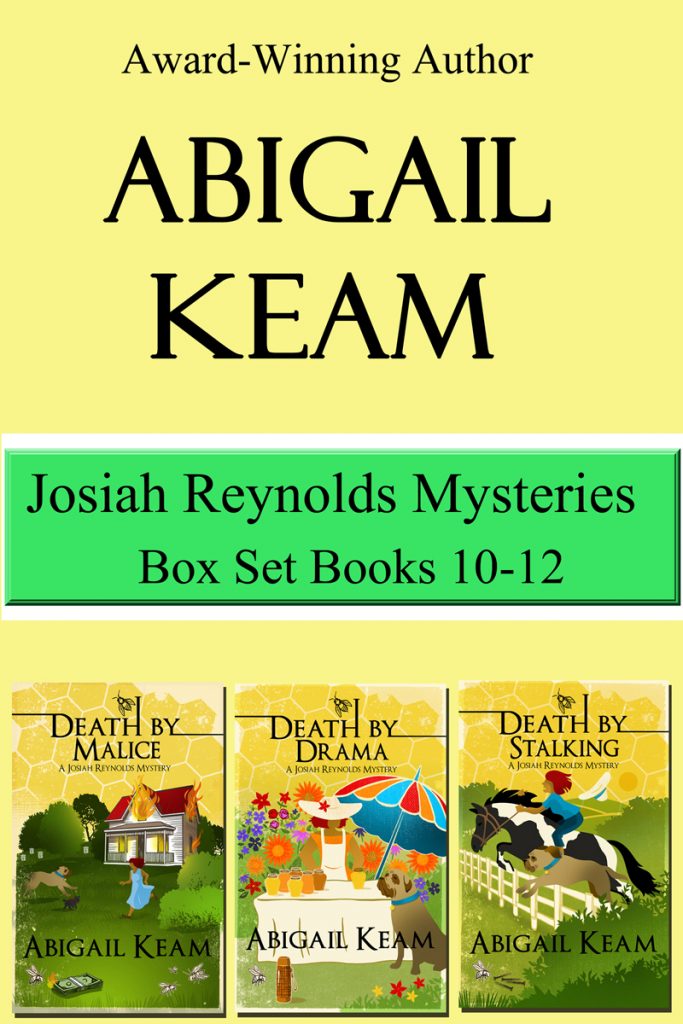