Murder Under A Blood Moon

Mona is eating breakfast with Jetta Dressler, her personal secretary, and Chloe, her poodle, when she receives a telegram from her friend, Lady Alice Morrell, begging her to come to England. It seems Lady Alice is receiving death threats!

Alarmed that her dear friend needs help, Mona gathers her pistol, her steamer trunks, and Violet, her maid, to travel to Merry Old England. Once there, Mona encounters a nemesis she hasn’t seen for a very long time. She was lucky once to survive. Will she be as lucky now?

Armed with her pistol, courage, and a bag of tricks, Mona is determined to save Lady Alice from harm, even if it means she might die trying.

Mona has inherited a fortune from her uncle and is one of the richest women during the Depression. But there’s a problem. Miss Mona is being accused of murdering her neighbor by a corrupt sheriff. Mona has made enemies in the Bluegrass, and the sheriff’s been told to make life difficult for her.

Why? Because Mona pays good wages to her employees and offers free health care. She even let her miners unionize. Mona is considered a radical and dangerous to some of the other horse owners. They want to be shed of Mona’s extreme views.

Mona’s response is to tell the sheriff and his cronies to go to hell. You want a fight? Well, bring it on! 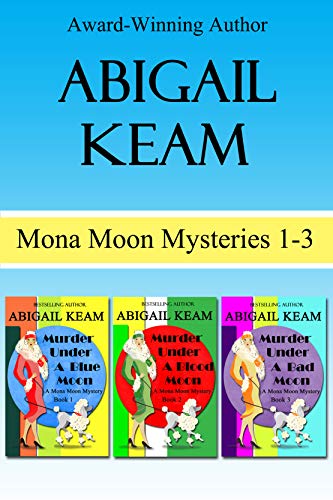