Murder Under A Silver Moon

Madeline Mona Moon is not your typical young lady. She is a cartographer by trade, explorer by nature, and adventurer by heart. She has inherited a fortune from her uncle and is one of the richest women during the Depression. But there’s a problem. Miss Mona is bored. So she underwrites an expedition to find lost Native American silver mines in Eastern Kentucky. As a condition of underwriting the search, Mona gets to tag along, but soon discovers the expedition has a nefarious purpose. Mona finds herself lost in the Appalachian Mountains with only her wits to save her, but like the panthers roaming the mountain ridges, she is swift, silent, and deadly.

She has inherited a fortune from her uncle and is one of the richest women during the Great Depression. But there’s a problem. Mona attends an elegant party given by Elspeth Hopper, the daughter of a world-renowned archeologist of Egyptian Queen Ahsetsedek IV’s tomb. Not long afterwards, Elspeth’s maid is found murdered, and the local sheriff considers Mona a suspect. That doesn’t sit well with Mona. She’s determined to clear her name and find out who killed the maid and why. When she discovers the low-down varmint, she’ll take care of him her way! She doesn’t carry a gun in her purse for nothing.

Murder Under A Black Moon

Madeline Mona Moon is not your typical young lady. She is a cartographer by trade, explorer by nature, and adventurer by heart. She attends the Kentucky Derby with Lord Farley and his guest, the fabulous Alice Roosevelt Longworth, one of the most famous women in the world. To their surprise and dismay, a man is murdered right under their noses. How could they not have noticed? To make matters worse, Mona’s friend, Willie Deatherage, is accused of the murder. Mona insists that Willie couldn’t have done it as she never left Mona’s side during the race—or did she? Mona is not going to let her friend go to jail for something she didn’t do, but how does Mona find the real killer amongst other suspects at the Derby? If Mona has to interview every one of the 60,000 people attending the Derby, she will. 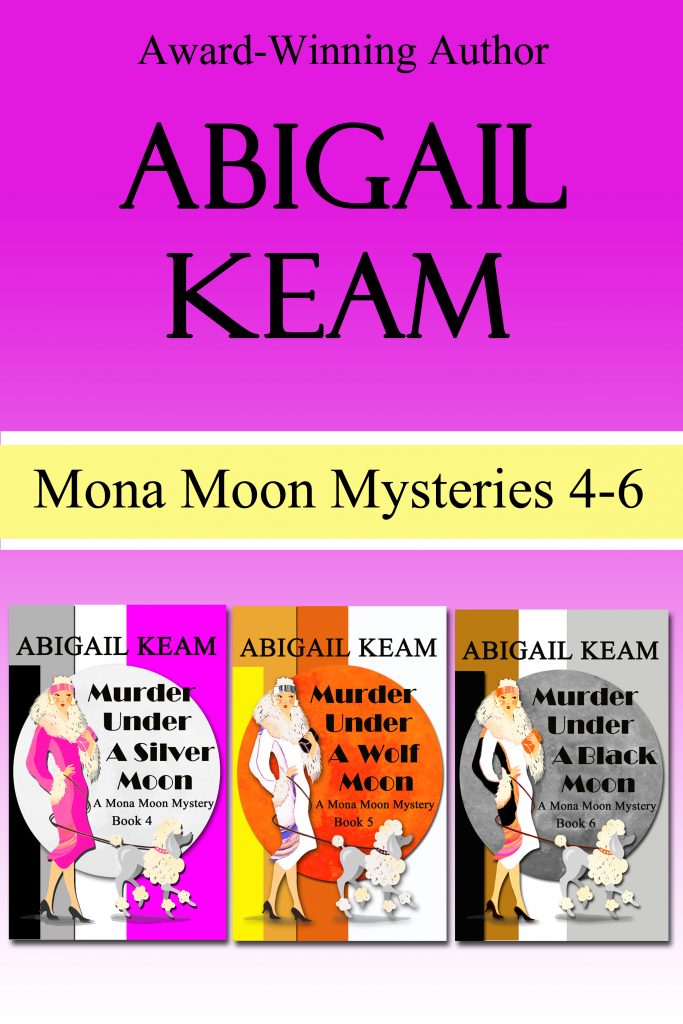