Murder Under a Bridal Moon

Mona Moon is planning her wedding to Robert Farley, Duke of Brynelleth, when her preparations go haywire after one of the maids is found murdered. With just days before the blessed event, unwanted guests invade Moon Manor throwing a wrench into Mona’s plans and making it more difficult to seek the truth. Now Robert is a suspect in the maid’s murder.

A missing gold brooch and twenty five-dollar bills are the only clues Mona has to find the murderer. She must clear Robert from suspicion or he will call off the wedding, saying he refuses to taint Mona’s good name. Can she discover the killer before the wedding, or will the murderer witness the breakup between Mona and Robert? Was that the intention all along? 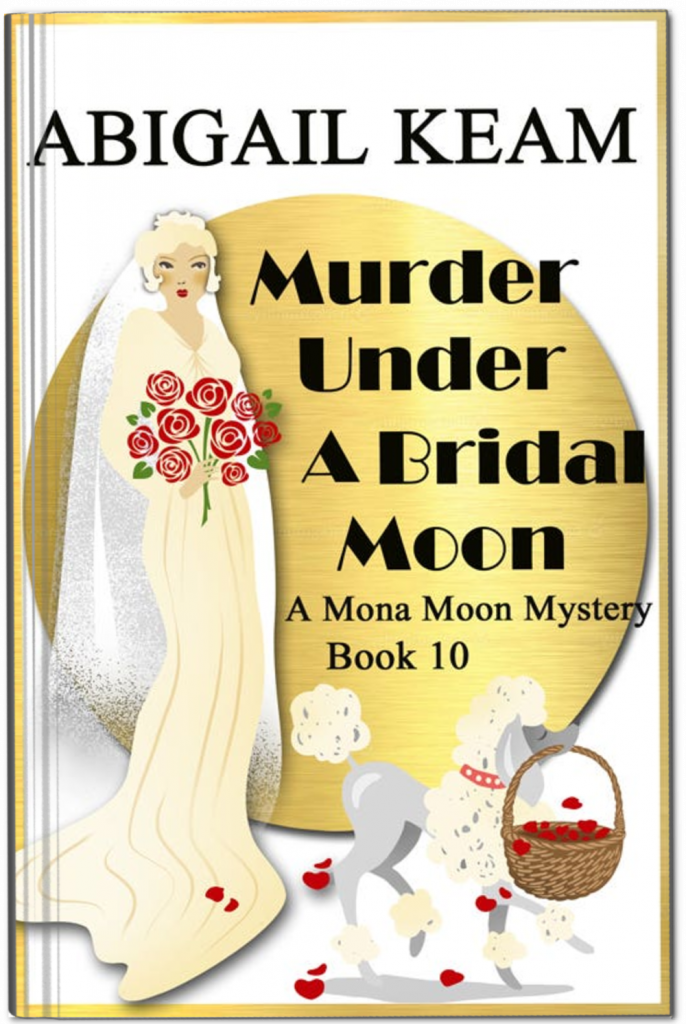 Murder Under A Bridal Moon