Murder Under a wolf Moon

She has inherited a fortune from her uncle and is one of the richest women during the Great Depression. But there’s a problem.

Mona attends an elegant party given by Elspeth Hopper, the daughter of a world-renowned English archaeologist. Not long afterwards, Elspeth’s maid is found murdered, and the local sheriff considers Mona a suspect. That doesn’t sit well with Mona. She’s determined to clear her name and find out who killed the maid and why. When she discovers the low-down varmint, she’ll take care of him her way! She doesn’t carry a gun in her purse for nothing.

WHERE TO BUY ABIGAILS BOOKS!

NEXT IN SERIES: murder under a black moon 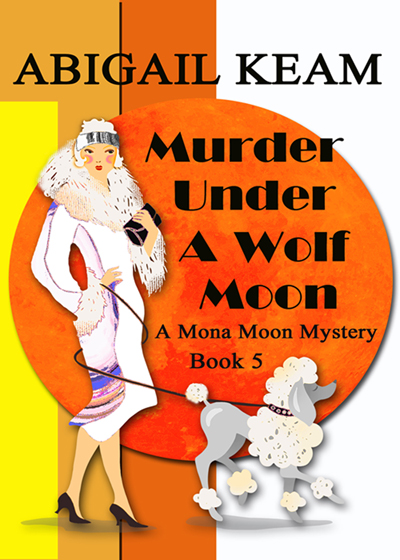